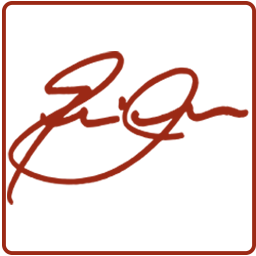 This isn’t anyone’s Plan A.

I graduated in 2009, in hugely uncertain times. I lived through a live case study of the collapse of the financial system, and many of my peers who had their dream jobs lined up after graduation found the rug pulled out from under them.

Offers were pushed (at best) or rescinded entirely as the companies that had offered gainful employment just a few months earlier were now struggling to survive or had disappeared entirely.

The crisis forced thousands of new grads to change their plans entirely — and not to their Plan B ‘fall back option’ but to something entirely different. Something they weren’t considering in the first place.

They were forced to pursue Option C.

Trips are canceled. Graduations have gone virtual, and offers are delayed or rescinded but Option C can be a blessing if you allow it to be.

Every year I give out annual Paper Plate Awards to celebrate students who have put in the work and gone through a transformation. One award that I give is the Sriracha Award, dedicated to the one who doesn’t always need to hear their own voice, but when they speak they’re spicy!

If this award existed in 2009, it definitely would have gone to Heather Payne.

A bright, bold, creative, fiery personality, Heather wanted to work at a start-up — mostly because she wasn’t sure what she truly wanted to do. When the financial crisis hit, full-time offers dried up, and she actually started her career as an executive assistant. This bought her enough time to extend her job hunt, and she finally landed herself a role at a startup…starting salary of $35,000.

It was a demanding job (as any start-up is), and required significantly more than the 40-hour workweek. While working after hours one night, Heather thought to herself:

And so, after hundreds of conversations, and countless start-up meet-ups, Heather recognized an opportunity to start a learn-to-code Bootcamp geared toward women and called it Ladies Learning Code. She ran her first class in 2011, and by 2013, she was named one of Canada’s Top 100 Most Powerful Women for her work exposing women and girls to programming and technology.

Her successful venture, the for-profit HackerYou, offered courses taught by industry-leading professionals. It was so successful, in fact, that it’s blossomed into Juno College for Technology, which offers not only cutting-edge courses and customized learning paths, but which is also first school in Canada to offer Income Share Agreements, meaning they literally invest in each student, instead of the other way around.

Necessity is the mother of invention. Heather created her own Option C.

Ben loved playing poker, but nearly everyone told him it was time to grow up.

Ben would be physically present in class, though his mind was often replaying the events of the previous evening, having spent the better part of his days (and nights, and weekends) battling virtual opponents at online poker tables.

Ben did consider more ‘traditional’ jobs, but interest and offers were minimal — partly because he didn’t really want those jobs, and partly because there were few jobs to be had.

As he devoted more time to playing poker, his earnings started to climb — nearing the point where Ben could consider this a full-time job.

Ben put in the work, playing thousands of hands a week and quickly proved that this could be a primary source of income. Within two years, Ben won his first poker championship at the European Poker Tour in Berlin, and took home a handsome share of the pot: $1.1M.

Ben became one of the first millionaires in our graduating class.

Justine is the smartest person I know.

She always worked hard and on graduation had locked in a full-time offer from a prestigious consulting firm. Her plan was to move to Dallas, Texas in the summer of 2009 for a fall start-date, but with the world falling apart, her offer was delayed 6-months to early 2010.

Undeterred, Justine planned an extended trip to Asia with her best friends — because, why not?

When she returned home from her trip, she applied for and was hired into a short-term employment agreement with Ivey to work in recruiting: she would travel to various high schools in Ontario, convincing bright, young over-achievers that they should come to Ivey.

This delayed start had a secondary benefit that would change the course of our lives.

It was that during this ‘in-between’ time that Justine and I decided to live together for a few months. We had dated for the past year, and while things were going well, we secretly feared that Justine moving to Dallas, and me staying closer to home would put strain on our still fragile, early relationship.

Living together temporarily allowed us to work on us. We reconnected, learned more about each other that we hadn’t as students, and deepened our relationship.

When the time came for her to finally move to Dallas, we had built such a strong foundation, that we were ready to have a long-distance relationship.

And the rest, as they say…

Without that time together, I’m not sure we’d be where we are today.

This was absolutely not our Plan A, or B frankly, but it was life-changing for both of us.

This isn’t anyone’s Plan A.

Trips are canceled. Graduations have gone virtual, and offers are delayed or rescinded but Option C can be a blessing if you allow it to be.

Whatever your Option C is: starting a blog or podcast, starting a meditation practice, volunteering, starting a business, or just being with family…embrace it.

Make your boulders your blessings.

Catch up on the latest articles where I share my thoughts, research, and the latest from the sales landscape.

We're Obsessed with the Sales Pitch, and it's Killing Our Sales Meetings
Three Common Sales Mistakes (And What You Should Do Instead)
The Most Critical Sales Skills to Teach